OK, get ready for an epic rant . . .  Why do we need a Food Revolution? Because we are oppressed. And our oppressor's name is agri-business. The centralized, industrialized, de-humanized business of bringing 'food products' of questionable safety, nutrition, and sustainability to families everywhere (well, except for the billion or so people world-wide who go hungry every day).

You may know Joel Salatin of Polyface Farm; he wrote a book (one of many) called Everything I Want to Do is Illegal.

Joel says "in the final analysis the imbedded, heritage, transparent, truthful food system is in danger of annihilation". The enemy is the agri-food bureuaucracy, a group that collectively produces nothing of value while telling actual productive folks what they can't do.

Your political leaders won't save you from the oppressors; they in fact are in league with the agri-dick-taters. The politico's are invested in business as usual (BAU).

The game is set up to benefit the big boys, the corporations, the marketing boards and their various symbiotic parasites e.g. lawyers and lobbyists and enforcers of the status quo.

I can't butcher a pig or a steer on my farm and share it with you. And just about everything else has to be inspected, labelled, and blessed as fit for human consumption by some flunky in any one of a dozen agencies that poke their noses in my (our) business.

Said flunky's idea of food being what can be nuked in the office breakroom.

Horrible living conditions for livestock, and an epidemic of obesity and other diseases that are directly attributable to the crap that is peddled as food. And a billion people are still hungry . . .

Big Agri-Business, their bought-and-paid-for politicians and the useful idiots in the Lamestream Media are out to kill you. They don't care about anything beyond grabbing the most bucks in the shortest time possible, and damn the cost to communities and the environment.

If they could find a way to use ground-up puppies to increase their bottom line, I wouldn't bet on Rover making it past next quarter.

Why a Food Revolution is Needed NOW

Here's another quote for you, from John Michael Greer of Arch Druid Report fame:

''The world’s fossil fuel reserves aren’t renewable on any time scale that matters to human beings. Since we’ve burnt all the easily accessible coal, oil, and natural gas on the planet, and are working our way through the stuff that’s difficult to get even with today’s baroque and energy-intensive technologies, the world’s first fossil-fueled human civilization is guaranteed to be its last as well.'

Get that? The poop has already hit the fan, we're just now starting too taste the blow-back. We are approaching Peak Everything - e.g. petroleum, water, soil, essential minerals. Heard any mention of this from our 6-figure-salaried, bloated-expense-account swilling, overly-impressed-with-their-own-image elected officials?

The senility of the 'elites' is a given; their last original thought occurred sometime before they were elected. Parliament, Congress, and the Senate are where ideas go to die. The only 'food revolution' they will lead is to get more caviar in the free cafeteria. They will keep doing more of the same sh*t that got us in this mess, until the whole she-bang comes crashing down.

The good news is, the obesity epidemic will soon be over. When it no longer becomes feasible to irrigate the desert, when we can't afford to transport food here from another continent, when the petrochemical-based fertilizers used on conventional farms are no longer affordable, the bariatric surgeons and diet-book gurus will go out of business.

In the not-to-distant future, the primary preoccupation of North America will be finding enough calories to survive. And by 'not-to-distant' I mean within a decade or so. Your kids and grandkids will be inheriting a poorer, hungrier world.

So, what do we do about it? Your elected tax-eaters are useless. Big Agri, Big Finance, Big Pick-the-evil-of-your-choice are all looking out for Number 1, and that ain't you.

So, start your own food revolution:

Eat organic. It's better for you

Grow organic. Dig up that lawn and grow a vegetable garden 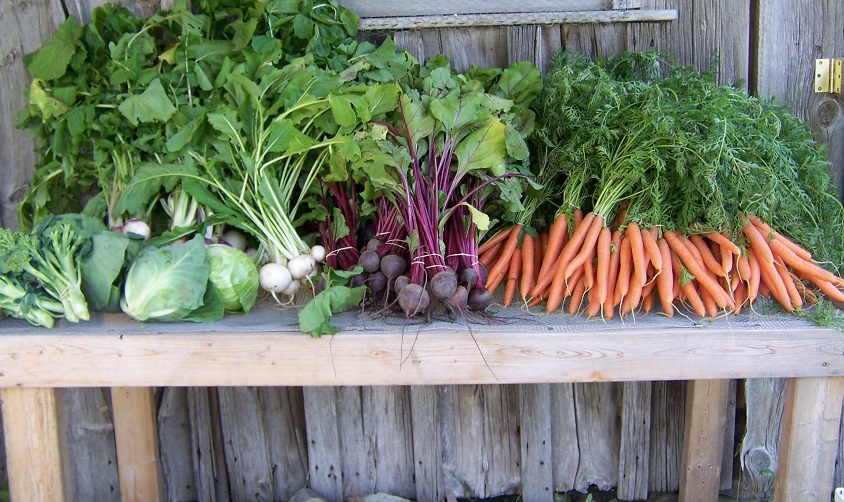 Grow your own Food Revolution 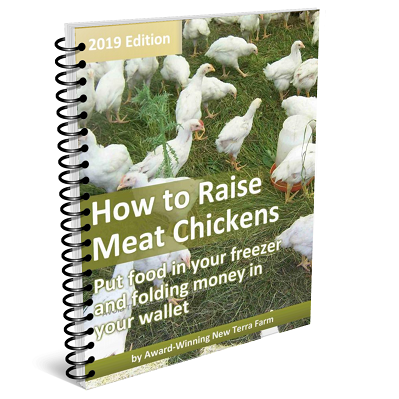 Chickens are a great choice for the small property owner to increase food self-sufficiency.

You might want to check out my book How to Raise Meat Chickens.

A LOT of chicken raising information, plus plans for my movable coop and the new Hoop Coop.

Or get How to Raise Meat Chickens in my Complete Start Farming Pack and save 60%.

The 2023 Growing Season is Coming! Get my most popular farming book bundle and save 40%. *Start Here*