We have friends who are vegetarian; some because of health concerns, or because they really don't like meat very much; and some because of their concerns about animal welfare on typical farms.

We share those concerns. One of the decisions we made when we started raising animals for meat was 'no confinement'. All our animals and birds live outdoors (with access to appropriate shelter). 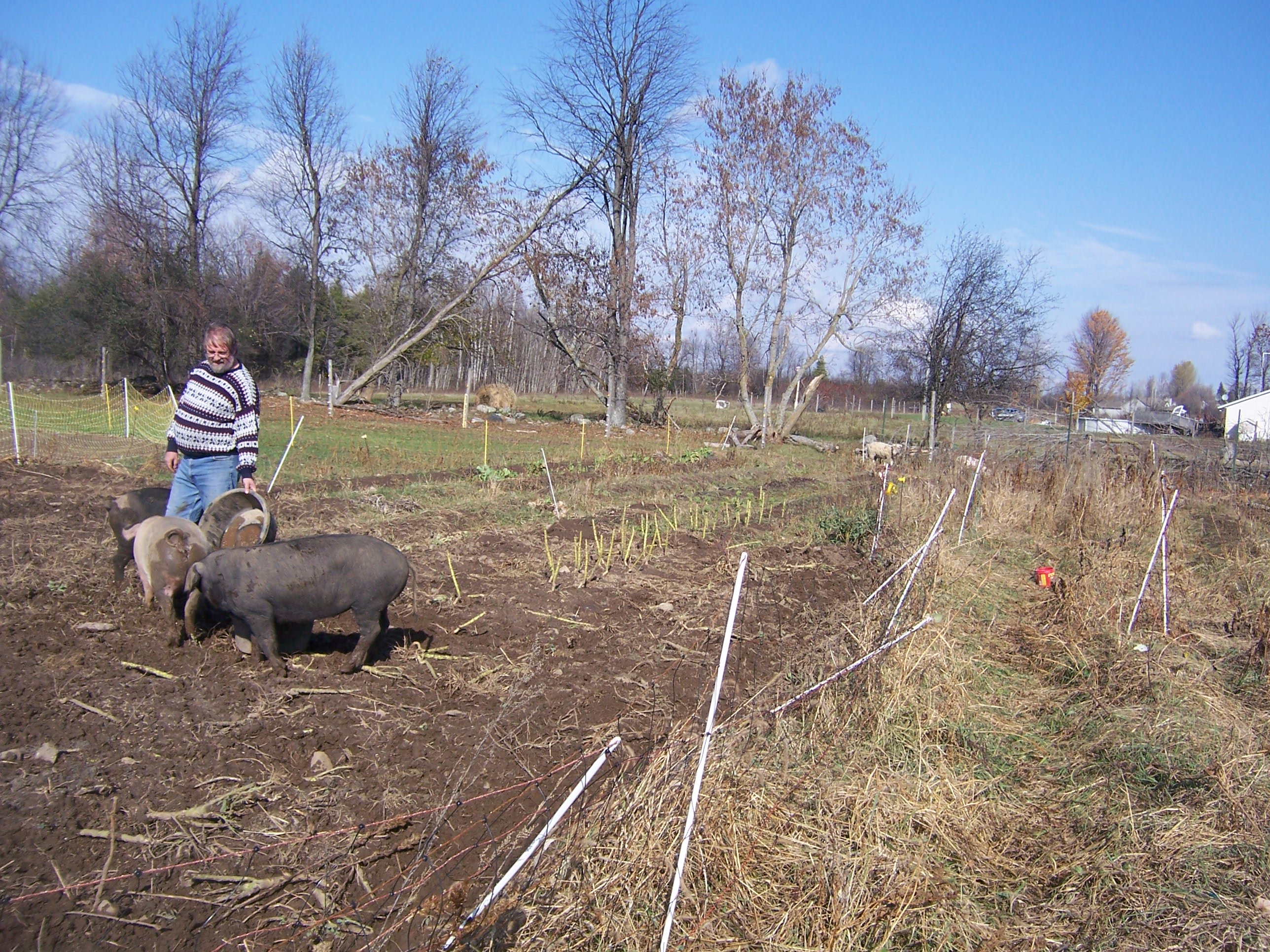 Our piggies are happy to help clean up the grden

We also avoid owning just one of a particular breed. Animals like the company of their own kind. We've seen visible signs of distress when one of our animals is separated from their flock or herd (e.g. to treat an injury, or for breeding).

So we keep them together, on pasture, as much as possible. Even when we separate animals to manage breeding, we try to keep the males and females in adjacent pastures, separated by page-wire fence, so they can see and smell and 'talk' to each other.

Pasture is better for the animal because they can exercise their natural instincts in an open environment that reduces disease, parasitism and contamination from waste. Sunshine and fresh air are as important to many animals as they are to people. Pigs like to root, chickens like to scratch, cows and sheep like to graze. When you frustrate those instincts you introduce problems that often have to be fixed by drastic means.

Pasture is better for the farmer, because the animal can be moved to where the food is, rather than harvesting, storing and transporting food to the animal. We don't like making any more hay than we have to, or buying in more 'inputs' than necessary.

Pasture-raised is the way to go

Pasture is better for the environment

because there are no large accumulations of manure that can threaten the water table (e.g. like huge ‘waste lagoons’). Nutrients are naturally recycled and taken up by growing vegetation as the animals graze.

And pasture-raised meats are better for the consumer. Sources have shown grass-fed meats to be:


In short, its better food!

However, (to continue a previous rant), just because something is labelled 'organic' does not necessarily mean you are getting the whole story.

Its possible to harvest 'organic' eggs from chickens that have never left their battery of cages! The birds are de-beaked, confined in cages for life, and basically treated as 'units of production' on an assembly line. I can understand vegetarians who don't eat meat on moral grounds, because this model is not 'natural', even if it is technically 'organic'. 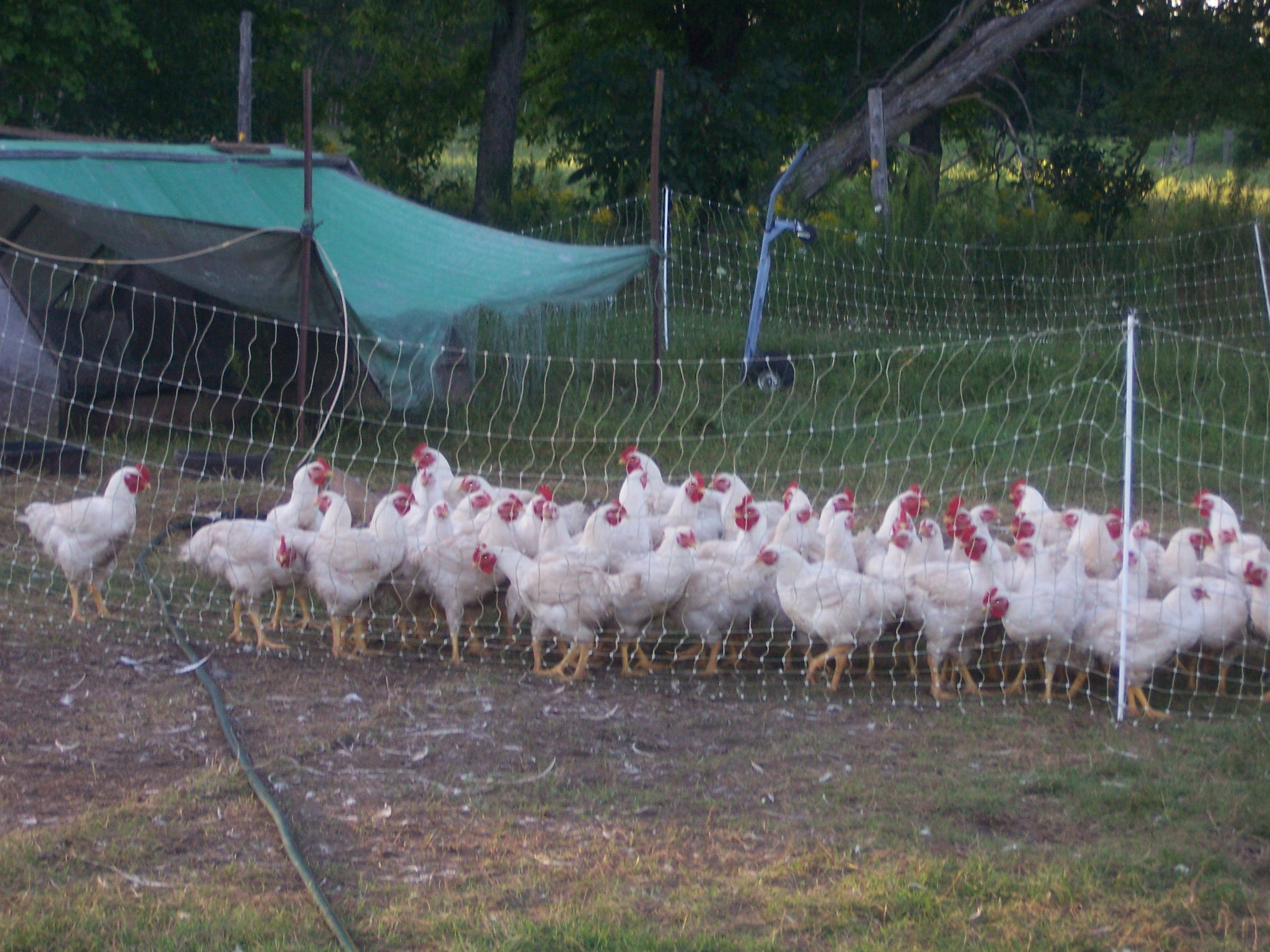 In our opinion an 'organic' feedlot to raise cattle is not much better than a conventional feedlot. The practice still goes against the animal's natural grazing and herding instincts, and can still produce mountains (literally!) of manure which can represent an environmental hazard. This is not much of an improvement.

What's the answer? We think you have to look beyond labels, and try to really find out where your food comes from, and how it is raised. That way, everybody - the animal, the farmer, and the consumer - wins.

But this is not a license to 'run down' conventional farmers. By and large they are a smart and hardworking bunch (they feed most of the country, after all). Lots of my neighbours are conventional farmers, and they are always ready to help out and provide advice when asked. I've also never seen an animal intentionally mistreated on their farms.

The good news is, people are voting with their food dollars. More of us are asking these questions, and making choices about the foods we eat (and therefore the model of agriculture we support). 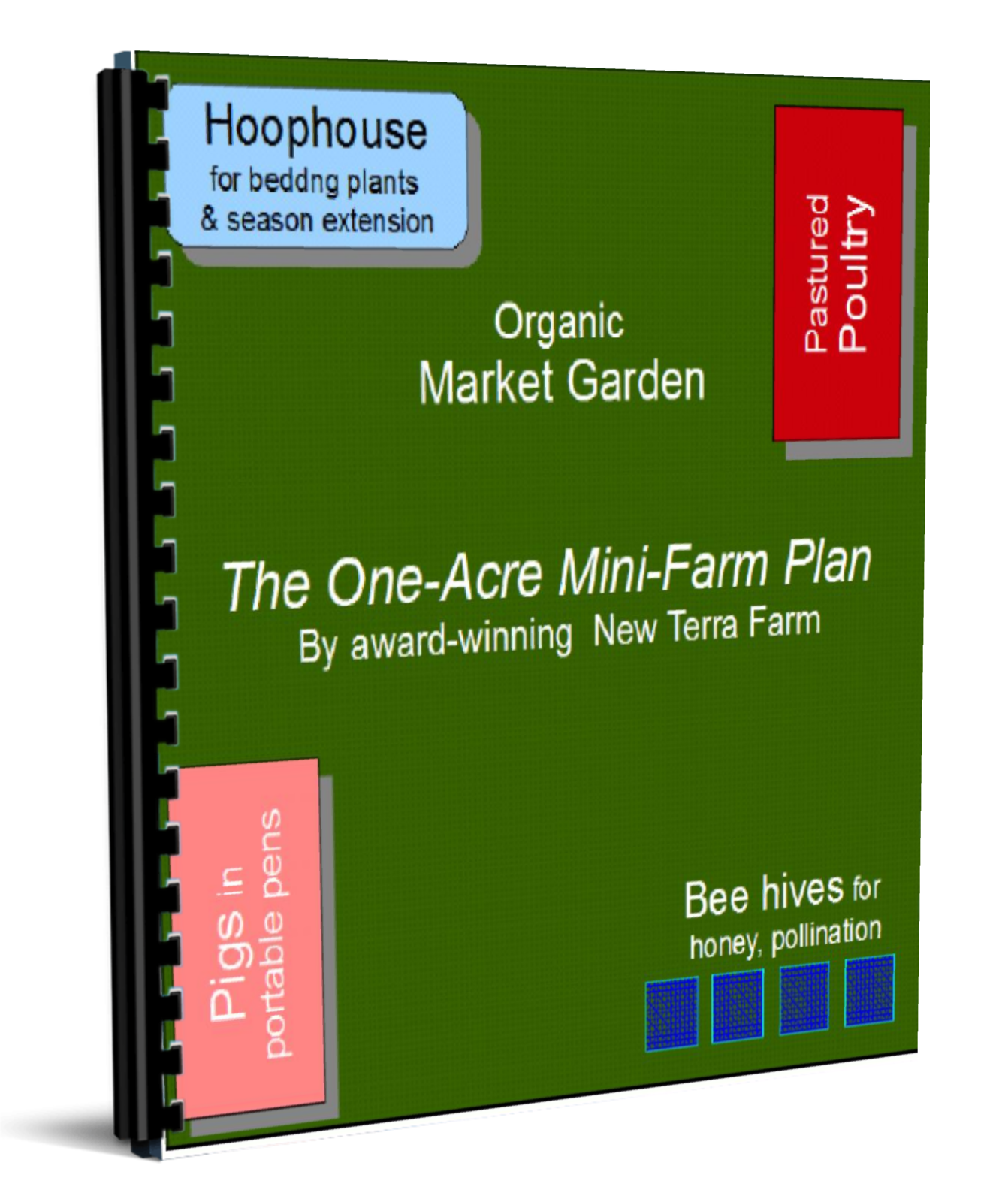 Get my FREE One-Acre Farm Plan and learn how to raise pigs, chickens and more, integrated with an organic market garden, to make more money from your small property.

Imagine building a profitable and sustainable mini-farm even on a small piece of land.

And get more free reports here

The 2023 Growing Season is Coming! Get my most popular farming book bundle and save 40%. *Start Here*